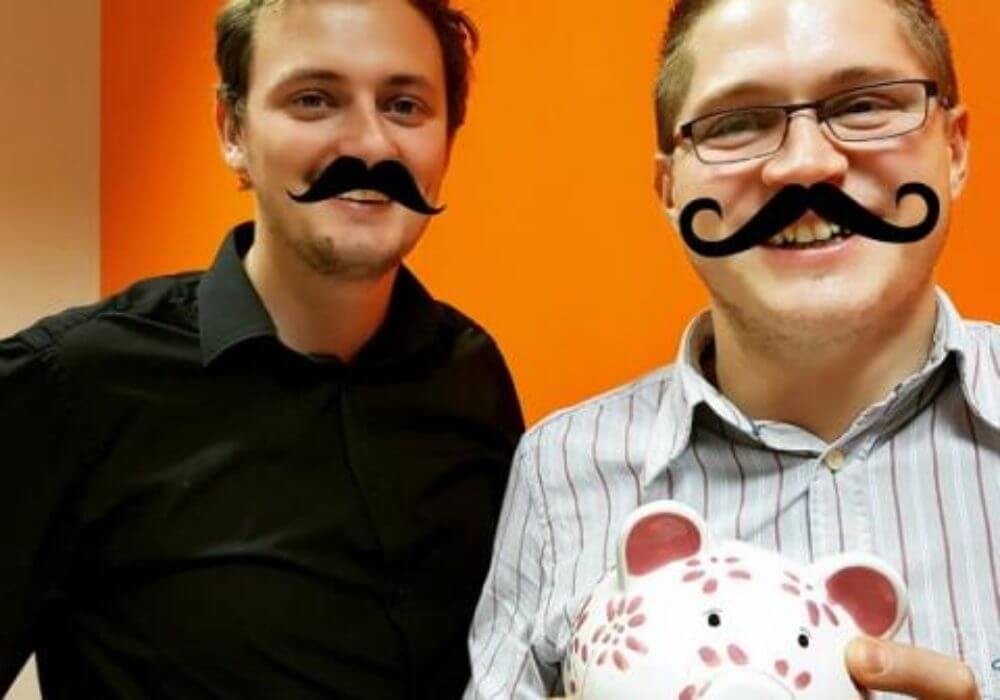 Our Senior Reservations Executive Edd Random-Coventry and Revenue Executive Phil Parker embarked on the Movember challenge, retiring their razors for November and sacrificing their previously clean-shaven appearance! With an official registration with the Movember charity, the pair had set a target of raising £150 for this worthy cause.

Movember was originally founded in 2003, starting initially with just 30 ‘Mo Bros’ participating in Melbourne, Australia. This has expanded to now over 5 million ‘Mo Bros’ and ‘Mo Sistas’ over £440 million has been raised to ‘stop men dying too young’! This fantastic charity supports the causes of prostate cancer, men’s health, mental health, suicide prevention and testicular cancer and we are proud to support it.

The #HOFfamily have been very supportive and generous during the month. With Edd’s fairer hair colour, there has been plenty of healthy banter and laughter, especially when he has been stood next to Phil!

Charity is of paramount importance for House of Fisher and we are proud to have supported many fantastic causes throughout 2017, including Macmillan Cancer Research, The Fire Fighters Charity and The British Heart Foundation. This will continue throughout 2018, with several causes already identified for us to support next year.

With a target of £150, the reservations pair were delighted to smash this raising a total of £211! The #HOFfamily are proud of Edd and Phil’s commitment and would like to congratulate them both for raising this impressive total and the final ‘Mo Bro’ moustaches!