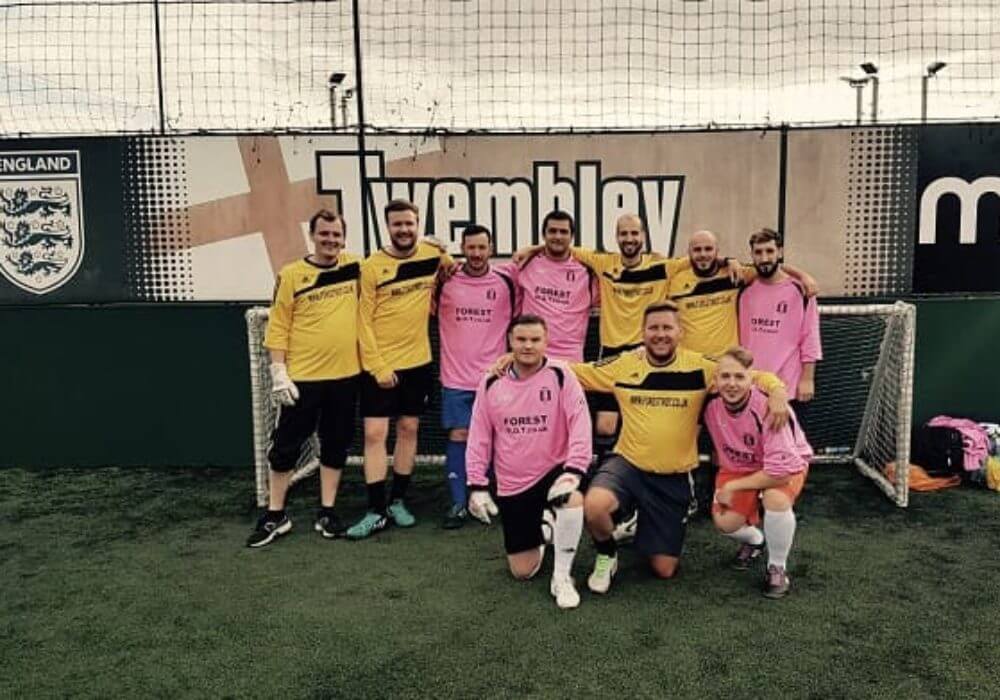 On Friday 14th July 2017, House of Fisher held an inter department Football Match at Woodley Goals, Reading. With 12 pitches available, each named after a famous worldwide football ground, the match was played in ‘Wembley’, an ideal choice for such an occasion!

Following some healthy competition and department banter that threatened to go overboard…literally…during the House of Fisher Summer Party on the Thames a couple of days before, the occasion had been set for the Operations Team to play the Theale Office.

Just before 7pm both teams lined up for a group photo before the whistle blew and the match started. Initially the match had a nervous start, with both teams playing very defensive and no goals scored in the first 15 minutes. The Office Team then took the lead with the breakthrough coming in the 16th minute courtesy of a Gareth Hughes through ball putting Aneal Sadiq through 1 on 1 with the Goalkeeper who applied the finish with a placed shot in the bottom left hand corner, sending the keeper the wrong way.

Several goals quickly followed, leading to a dominant score line. It must be said the Operations Team did respond with unquestionably the goal of the night from their very own ‘Wayne Rooney’ Andrei Lemnaru. With a cross coming from the wing Andrei flicked the ball with the outside of his boot on the volley, nailing it into the top left hand corner!

With an unassailable lead for the House of Fisher Office Team, the Operations department waived the white flag and admitted defeat…for this year. In true House of Fisher style a second match followed with mixed department teams and ended as a closely fought high scoring draw!

Celebrations from the House of Fisher Office Team followed along with the presentation of the magnificent trophy, made of the finest plastic and rivalling the ashes in size! It was a very enjoyable evening and all players enjoyed some drinks and lots of laughs afterwards, following an excellent week and match.

The match and evening had been played in great spirit, representative of the #HOFFamily bond and we are pleased to confirm no House of Fisher employees were hurt in the production of this match…unfortunately the same cannot be said for the plastic trophy and a replacement will need to be sourced! The Operations Team are hitting the training ground hard in preparation for the rematch, which everyone is looking forward to.